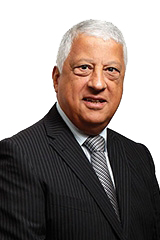 Posted at 06:31h in All by Creative Curiosity
0 Likes

Richard began working in insolvency while he was attached to the Office of the Official Receiver in Bankruptcy.

He has undertaken a wide range of assignments, including a number of “trade on” matters of a significant size for the major banks, and experience working in the Corporate Recovery and Insolvency Division.

In that time, Richard undertook and was responsible for conducting a range of matters, including providing advice on the reconstruction of a number of large national organisations and some significant Court-appointed assignments.

Richard was also instrumental in administering the largest Bankruptcy in Australia at the time.