SV Does the Business 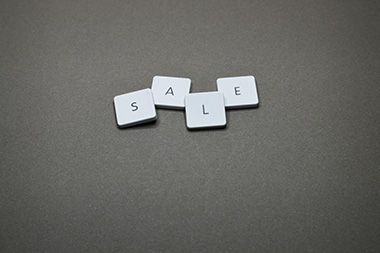 24 Sep SV Does the Business

Posted at 11:45h in All by SV Partners
0 Likes
Share
Reading Time: 4 minutes

When a company is placed into liquidation, many people make an assumption about the company’s affairs and the ability to make any realisations from the company’s business. This assumption is typically that there is no prospect the liquidator could achieve a sale of business.

Because of this assumption, directors of companies often continue trading businesses (frequently at a loss) until they believe there is no prospect of achieving a business sale; only at this point will they seek help from their advisors.

This strategy can put directors at risk as they are disregarding their duties to the company and may be exposing themselves to claims such as insolvent trading.

If a company is facing financial difficulty and is exploring a sale of business as a method to liquidate assets to pay debts or simply as a strategy to exit, a few items to keep in mind are:

In a recent liquidation, SV Partners were appointed to a company which operated a long-standing retail and wholesale business. Prior to SV’s appointment the company was experiencing financial difficulty and with the assistance of its advisors, had attempted to sell its business. Efforts by the company and its advisors continued for over 6 months with no success. Unfortunately, the company’s turnover and available cashflow continued to fall during this period and SV were appointed as liquidators to wind up the company’s affairs.

Following the appointment, SV immediately began discussions with key stakeholders associated with the business to determine if a sale could be achieved. SV was successful in securing the support of the landlord and was able to secure the company’s intellectual property which were key to achieving a business sale.

SV received significant enquiries from interested parties and within two weeks of the appointment had secured a business sale which dramatically reduced the creditors in the liquidation as it ensured an assignment of the lease for the premises occurred (a new 5 year lease had recently been entered into which gave rise to a significant claim by the landlord) and a number of key suppliers’ accounts were paid in full. This had the added benefit for the company’s director of eliminating numerous personal guarantees which would otherwise have been called upon and could have resulted in him becoming bankrupt.

The takeaways from this recent business sale SV completed in a liquidation are: