Directors in the ATO Sights 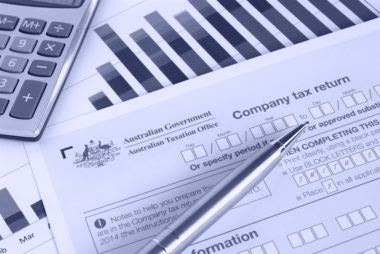 25 Mar Directors in the ATO Sights

In recent years, there has been a public policy push towards greater accountability from (particularly) directors in the corporate space. The perception that unscrupulous directors are abusing the legislative framework to avoid having to pay both employee entitlements and taxation liabilities, or are using the Australian Taxation Office (ATO) as a quasi-financier has resulted in a raft of new measures to deter this behaviour. A necessary outcome of this push is that the ATO has seen its debt collection powers enhanced.

We provide the following overview of one of the ATO’s collection powers – Director Penalty Notices.

Historically, the DPN system has existed in Australian legislature since 1993, when the system was introduced that imposed personal liability on a director for unpaid PAYG withholding amounts. The system was significantly expanded in 2012 to incorporate unpaid superannuation guarantee amounts.

A director can be held personally liable for a company’s debt to the ATO if:

The Treasury Laws Amendment (Combating Illegal Phoenixing) Bill 2019 (Phoenixing Bill) was (re)introduced on 4 July 2019, passed both Houses of Parliament on 5 February 2020 and received Assent on 17 February 2020. The Phoenixing Bill further extends the DPN system to include a company’s GST liabilities that are not reported or paid within 3 months of the due date.

A DPN creates a personal liability for the director which may be remitted in a number of ways. These are:

It is important to note that in circumstances where the liability is not reported within three months of the due date (for PAYG) or by the due date (for superannuation), the only way to remit the penalty is by paying the debt. Appointing a liquidator or administrator in those circumstances (before or after the DPN is issued) will not avoid personal liability.

The outstanding amount can be remitted at any time prior to a DPN being issued, however, once a DPN has been issued, a director has only 21 days in which to respond and have the penalty remitted.

A director can also elect to defend the Notice by providing the ATO an application in writing. The grounds on which a defence can be made are limited to:

What can you do to help your clients?

The Phoenixing Bill has also introduced a measure that allows the ATO to retain a company’s GST refunds in circumstances where they have outstanding lodgements that may influence the amount to be refunded.

In our experience, a business that is experiencing financial difficulty will use the ATO as a quasi-financier rather than seek to obtain finance from other sources to overcome short-term liquidity issues. This can be achieved by lodging their returns selectively or late and/or seeking to enter into repayment plans once a return is lodged, using the funds freed up by deferring the tax liability to meet other trading liabilities.

This measure grants the ATO a further power to protect itself against such behaviour, by granting the ATO the discretion to ensure that existing tax liabilities are reported and paid/offset before paying out refunds. It is worth noting that, even once lodgements are brought up-to-date, the ATO may exercise a separate discretion to continue to retain any residual funds.

How this measure will operate in practice is presently unclear, as there is presently little guidance on how this discretion may be exercised. In the context of the Phoenixing Bill, it is clear that the intention is for the ATO to apply this discretion in relation to those taxpayers identified as high-risk.

The ATO is now permitted to disclose debts owed by a taxpayer to a credit reporting bureau in certain circumstances. In order make a report to a credit agency, the following criteria must be met:

Before providing any data to a credit reporting agency, the ATO will provide 28 days’ notice to the taxpayer of their intention to do so. This is another opportunity for the taxpayer to attempt to negotiate a resolution of the unpaid debts.

Once a taxpayer’s debt is reported to a credit bureau, the ATO will be required to keep the bureau up to date with any changes to the debt – either increases in the debt or amounts paid.

These reporting measures would appear to encourage transparency, and to encourage businesses experiencing financial difficulty to seek assistance early. This provides an opportunity/catalyst for the business to address the underlying cause of the difficulty and potentially take steps to avoid a formal insolvency appointment.

It remains to be seen how this new measure will impact the marketplace, and whether it will simply place further pressure on businesses that are already in or near financial distress. This especially so where the ATO already possesses collection powers in excess of ordinary trade creditors through the garnishee system.