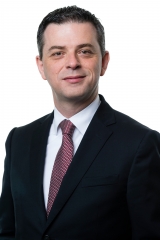 Posted at 06:30h in All by Creative Curiosity
0 Likes

Make a booking with Jason now

Jason is a director of SV Partners and has over 22 years’ experience in corporate and personal insolvency matters at leading insolvency and advisory firms providing practical and commercial advice to financiers, creditors and directors.

Jason has significant experience in bank and financial institution advisory assignments for most of the major banks and second tier financiers. These assignments have included trade on receiverships, security enforcement, property and going concern business sales, investigating accountants’ reports and pre-lending reviews. Jason is a specialist in complex corporate insolvency matters and bankrupt estates and is regarded as one of the leading personal insolvency experts in Australia.

Jason has the required expertise to help manage the business recovery and restructuring process, frequently being sought out by financiers, lawyers and creditors to conduct in-depth investigations and examinations. Jason has given evidence before the Federal Court of Australia and the Supreme Court of New South Wales.

In 2018, Jason was appointed as a National Board Director of the Australian Restructuring Insolvency and Turnaround Association (ARITA) having been elected to the committee of the NSW/ACT Division in 2014. Jason serves on the ASIC and AFSA liaison committees. Jason is the chairperson of the NSW/ACT Division insolvency forums and an ARITA representative for new the Liquidator and Bankruptcy Trustee application interview and disciplinary panels.

Jason has been a presenter at the 2014 National Practical Bankruptcy Congress, the 2015 ARITA National Conference in Perth and at the 2015, 2016, 2017, 2018 and 2019 ARITA NSW State Conferences. In 2015 Jason presented on insolvency case experiences at the University of Technology Sydney (UTS) and in 2016 was interviewed by Associate Professor Jason Harris in respect of working in bankruptcy for the ARITA Advanced Insolvency Course. In 2017, Jason was admitted as a Fellow of ARITA in recognition of his services to ARITA and a leader of the restructuring and insolvency profession.